The T8000 is the premier high-end thermal printer. With unmatched industrial performance, ease of use, and 100% verifiable output, the T8000 exceeds the requirements of the most demanding mission critical manufacturing and distribution operations. 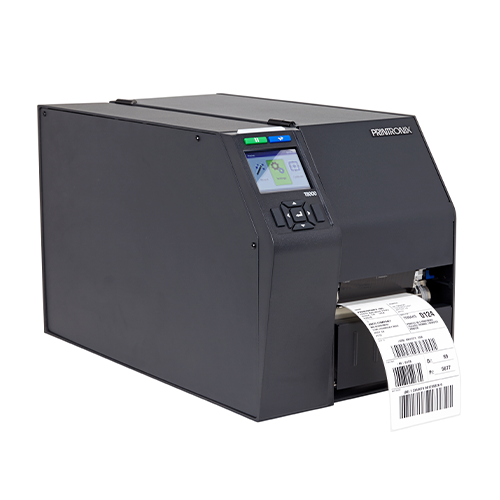 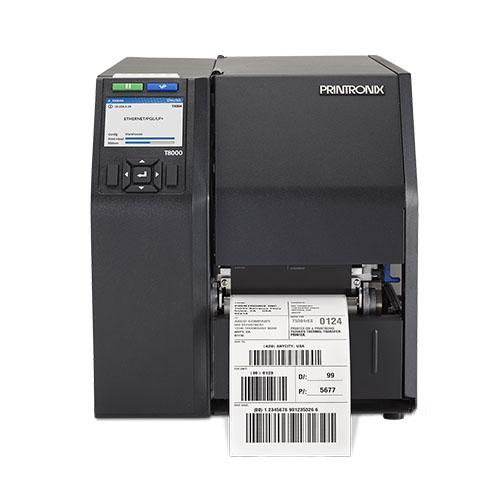 The T8000 is the premier high-end thermal printer.

With unmatched industrial performance, ease of use, and 100% verifiable output, the T8000 exceeds the requirements of the most demanding mission-critical manufacturing and distribution operations. Highlights of the T8000 include:

Title
Size
Download
{[{ value.title }]}
{[{ value.title }]}
{[{ value._size }]}
download
Are Security Certificates supported?
Security Certificates are supported as part of the T8000 Enterprise Security Suite. The process for loading security certificates is described in the T8000 Administrator’s Manual.
Can I run both Ethernet and Wi-Fi?
The Wi-Fi printer can be configured for either Ethernet or Wi-Fi operation, but not both simultaneously. If an Ethernet cable is plugged in and connected with a host system, the Ethernet interface is active. In all other cases, the Wi-Fi is active.
Can I swap the printhead on the T8000 from 203 dpi to 300 dpi?

Yes, the printheads are user replaceable and will automatically detect and accept when a user has changed from a 203 to a 300 dpi or vice-versa.

Do I need a tool to replace the printhead on the T8000?

No tools are required.

Does Printronix Auto ID offer labels and ribbons for the T8000 Series?
Yes, the same labels and ribbons used on the T5000r ES Series printer are supported on the T8000.
Does the T8000 Wi-Fi support the latest security protocols?
The T8000 offers a full security suite including WEP 40/128bit, WPA Personal (TKIP) and WPA2 Personal (AES/CCMP). The Wi-Fi option also supports several Enterprise level authentication protocols, including EAP-PEAP, EAP-TTLS, PEAPv0/MS-CHAPv2, EAP-TLS) to ensure a secure enterprise environment.
How do I access the real-time clock?
The Wi-Fi option card includes a real-time clock to support time-restricted certificates. In addition, it can also be used for printing time stamps on date coded labels.
How do I adjust for the best print quality?
A Print Quality Wizard under the Wizard Control Panel menu describes in detail how to obtain the best print quality.
How do I calibrate the labels on my T8000 printer?

Calibration is described in the Control Panel Printer Setup Wizard. Also, under the Settings menu you select the Gap/Mark sensor that matches the type of media installed and then select the Auto Calibrate option. In addition, you can set the printer to do an Auto Calibrate at power up and/or when the pivoting deck is opened and then closed. In all cases the printer will advance a few labels and calibrate the sensors so that they will detect TOF.

How do I configure and change the printer configuration using the control panel?

The T8000 icon-based control panel will guide you through the changes of configuration and settings of the printer. With the user-friendly step-by-step setup wizard, you can manage the printer settings easily. If you need more information, please refer to the User Manual.

How do I configure the T8000 Wi-Fi option?
When the Wi-Fi option is installed, it can be configured through the Ethernet interface or the front panel menus. The T8000 features a full color display to simplify the setup and use of the printer. The Setup Wizard guides the operator through the printer setup, including Wi-Fi configuration.
How do I load labels and ribbons into the printer?
T8000 printers are one of the easiest printers to load media and ribbon into. Both are side-loaded. A ribbon and media loading illustration is available in the User’s Setup Guide and on the inside of the media cover. Also, a Printer Setup Wizard in the control panel describes in detail how it’s done or if you prefer, you can go to our How-to Videos section.
How do I restore the printer back to factory defaults?
Use the front panel and select: Settings > Configs > Load Config > Factory.
How is the T8000 Series positioned within the Printronix Auto ID industrial thermal printer portfolio?
The T8000 Series is the premier high-end industrial thermal printer for the most demanding mission critical manufacturing and distribution operations.
I am currently using a printer from one of your competitors. Can the T8000 Series replace my printer and plug-and-play without additional effort and cost?
The T8000 supports emulations for most major competitor printers; Zebra, Datamax, Sato, Toshiba Tec, Intermec, and more.
If I have an existing T8000 can I add the Wi-Fi option?
Any T8000 Series printer that has a serial number that is 7T8V21605000 or higher, can be upgraded to include the Wi-Fi option. These printers were manufactured after the fifth week of 2016 and have upgraded components. The upgrade kit part number is 258637-901. Firmware Program Files version 1.21E or higher must be installed. Some of the older printers may also have serial numbers that include 7PTX8 within the number series. These units are dedicated Ethernet and cannot be upgraded to Wi-Fi.
Is a ribbon core required on the take-up spool?
Yes, and it is supplied with the printer.
My applications require both Direct and Transfer printing method. Can the T8000 support both Direct and Transfer printing?
Yes, the printer comes configured to print for both Direct and Transfer printing.
What are the core features of the T8000 Wi-Fi?
The T8000 Wi-Fi supports dual band 802.11a/b/g/n with 2.4GHz and 5GHz bandwidth providing flexibility while operating in crowded RF environments.
What are the different width size models available with the T8000 Series?
The models are featured in 4, 6 and 8-inch widths, matching the current widths from the T5000r-ES Series.
What are the primary target user environments for the T8000 Series thermal printer?
The T8000 Series its Powerful, Reliable, and Proven to withstand the harshest environments in any industrial or commercial settings. It is the perfect solution for any manufacturing, transportation & logistics, and retail distribution centers.
What are the standard and optional communication interface ports for the T8000 Series?
Standard Interfaces are: RS-232 (9 pin), USB and Ethernet. Optional Interfaces are: Parallel IEEE1284, GPIO and Wireless 802.11 a/b/g/n.
What do the icons represent on the control panel?
Each of the specific icons on the control panel represents a setting, function, or feature of the printer.
What is the advantage of the T8000 with Wi-Fi?
The T8000 Series is known for its ability to print high volumes in some of the most challenging work environments. The Wi-Fi option dramatically improves versatility by bringing the T8000 directly to the “point-of-need” by eliminating the limitations of hardwired connections.
What is the average and maximum recommended print volume from the T8000 Series thermal printer? How many labels per day?
The T8000 is designed to stand 24/7 operations, if properly maintained. Based on our customer feedback, the average label print volume ranges from 5,000 – 10,000 labels per day.
What is the benefit of having PostScript/PDF printer command language?

The major benefit of having a PostScript/PDF printer command language is the ability to affordably and easily replace costly laser printers.

What is the blinking LED light on top of the control panel?
The light is a status indicator that allows a user to see from a distance whether the printer is Online ready to receive print data (solid light), Offline with no fault (no light) or at Fault (blinking light). Common faults include Paper Out or Ribbon Out.
What is the warranty on the T8000 printer?
The T8000 comes standard with a 1-Year Return to Depot warranty. Extended warranty and service packages are available.
What options and accessories are available with the T8000 Series?
The T8000 Series offers a number of options and accessories from media handling to communication interfaces. All offered options and accessories can be found on our website.
What sets the T8000 apart from other thermal barcode printers in the market?
The T8000 Series offers unmatched industrial performance, ease of use, and 100% verifiable output. Rugged design and the industry leading ability to print PostScript/PDF, and sub-zero temperatures features without heating enclosures make the T8000 printer the smart choice for all industrial thermal printing.
T8204
T8304 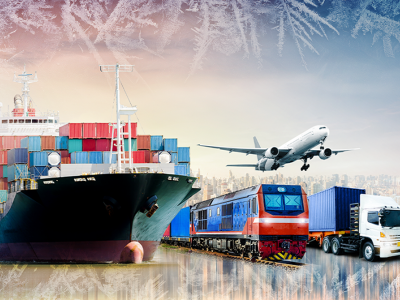 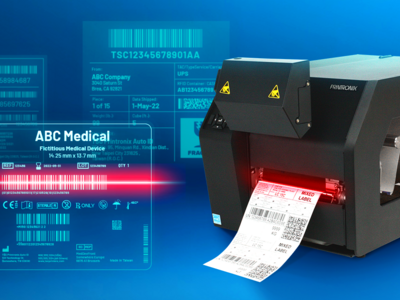